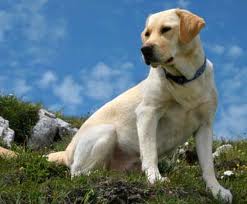 The American Kennel Club has released their list of the nation’s most popular breeds. While the Labrador retriever retained its #1 spot for the 22nd year in a row, the list shows some interesting finds. Larger breeds are on the rise, while the once-popular smaller breed slid down the ranks. The German shepherd was again runner-up, but the golden retriever rose to third, dropping the smaller-sized beagles to fourth. The bigger bulldog surpassed the tiny Yorkie to round out the top five.

Regionally, Labradors even managed to swoop the top spot in NYC, where the Yorkie dropped from first to fifth. However, German shepherds took Chicago’s most popular spot where they’re increasingly popular among families in addition to police, guard and military personnel.

The Labrador’s two-decade reign seems almost unbeatable, and yet, the poodle also held the top spot for 22 years from the 1980s through the 1990s. Perhaps the bonsai hair grooming became too much to maintain for pet owners.

To find the most popular breed in your city, check the AKC’s stats by clicking HERE.