Every pet is unique, and each one of them is a pioneer to their owner: the first gerbil you had as a kid, the first dog you raised with your spouse, a cat who exhibited a particularly odd behavior you’ve never witnessed in any other.

But beyond the threshold of your own house and heart, it takes a special kind of critter to make it into the history books as a pioneer of comparable note to the great women and men that we celebrate over the years.

And so the folk at Canine Cottages decided it was time to highlight a few of the pioneering hounds that have left their mark not just on individuals, but on all of the human culture: those dogs who’ve led the way with their own unique brand of excellence in dogginess. This new series of illustrations are worthy of any commemorative stamp set! 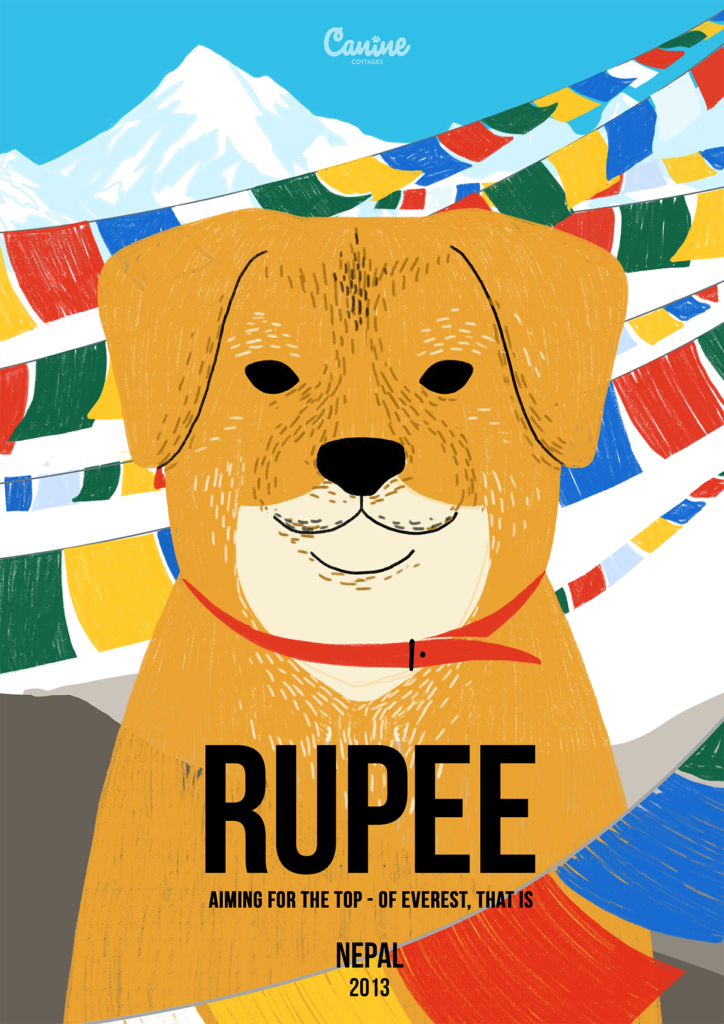 The romantic, somewhat Disneyfied story goes that Rupee – a street puppy surviving on scraps amongst the bustle of Ladakh, India – was rescued by traveler Joanne Lefson and nursed to health before going on to become the first dog to climb Mount Everest.

The truth, if humbler, is just as charming. They may only have found it as far as base camp, some 10,000 feet short of the world’s highest peak, but Rupee bounded ahead most of the way, went on record as the first dog to reach Everest base camp (probably there were some unofficial visitors before) and became a symbol of hope to strays everywhere, as the poster-pup for ‘Expedition Mutt Everest’ – a campaign to global awareness for homeless dogs. 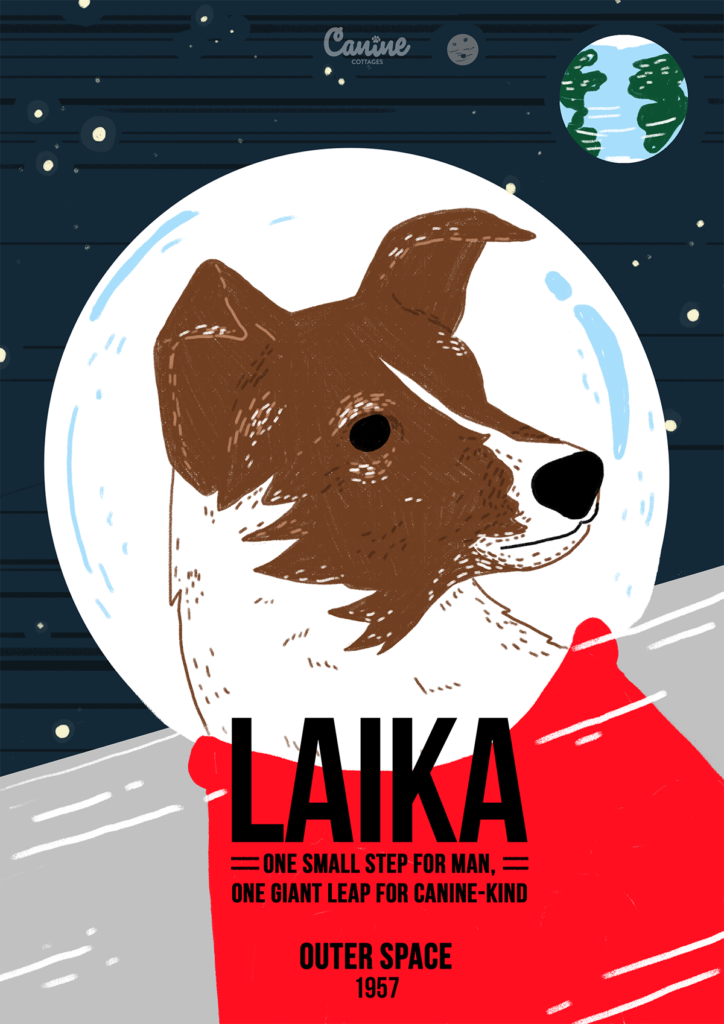 More famous is the first dog – in fact, the first Earth creature – in space. Inspiring an Arcade Fire song, a Swedish art-house movie, a postage stamp, and generations of wannabe space explorers, how many other Russian hounds can claim to be household names? 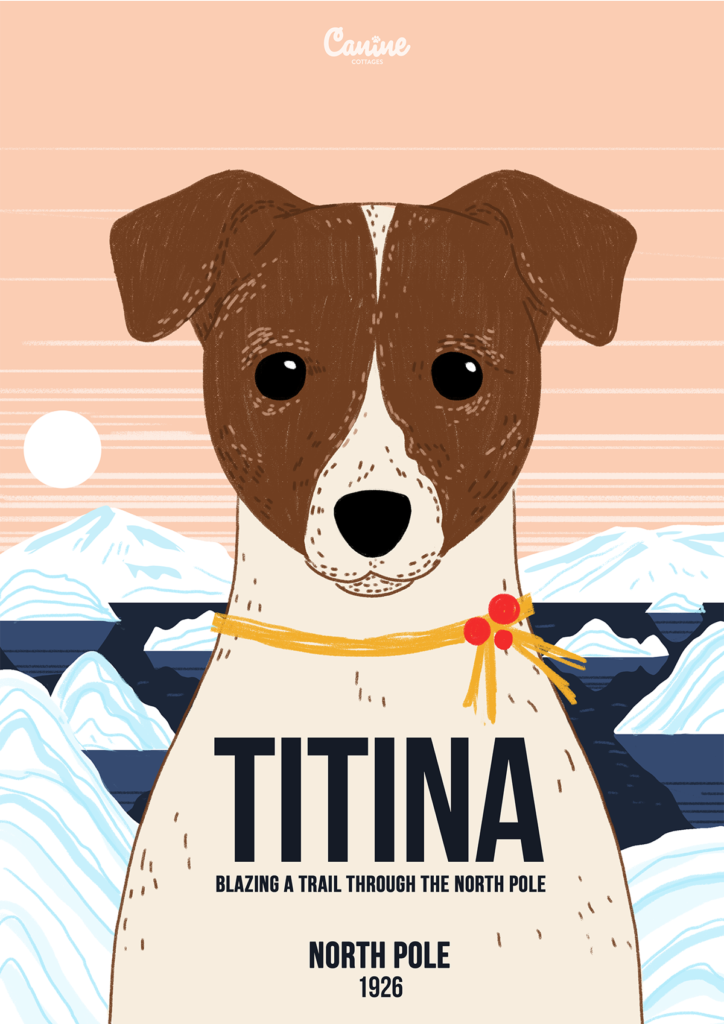 On a more Earthly scale, the brown-and-white fox terrier Titina was the first dog to make it to the North Pole. Despite being only 10 inches high, she proved herself worthy of the challenge by scaring off a polar bear with her fierce bark! 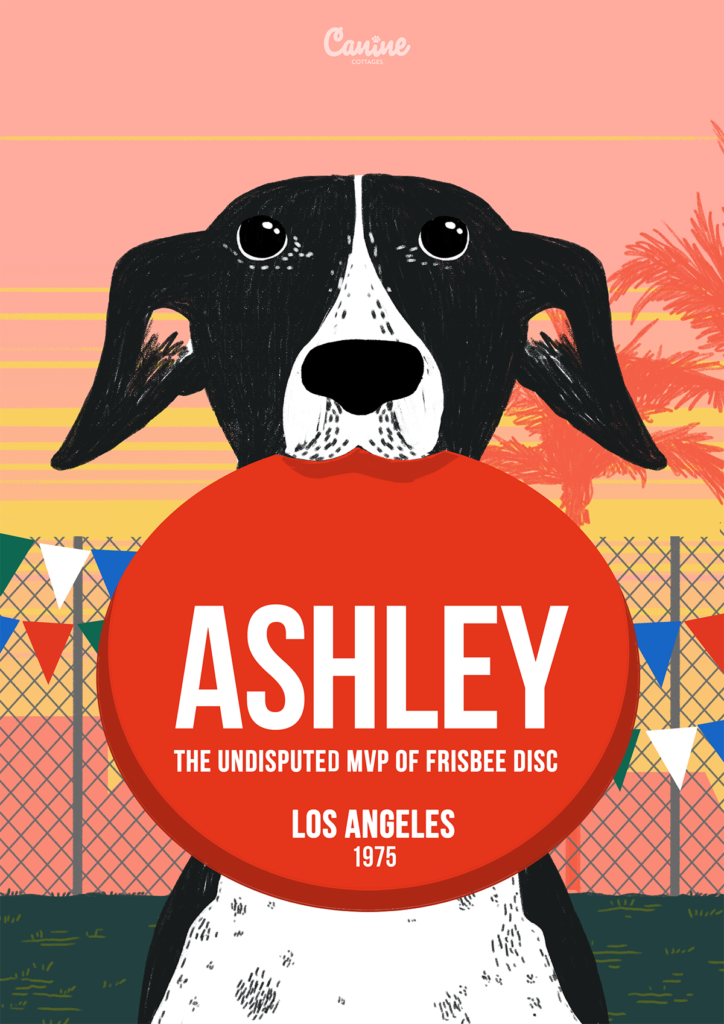 On August 5, 1974, Alex Stein threw a Frisbee for his dog Ashley. Only thing was, they were standing in the park at Dodger Stadium in Los Angeles, California during the seventh inning stretch. Once they got out of jail, they established the annual Frisbee Disc Canine Championship. 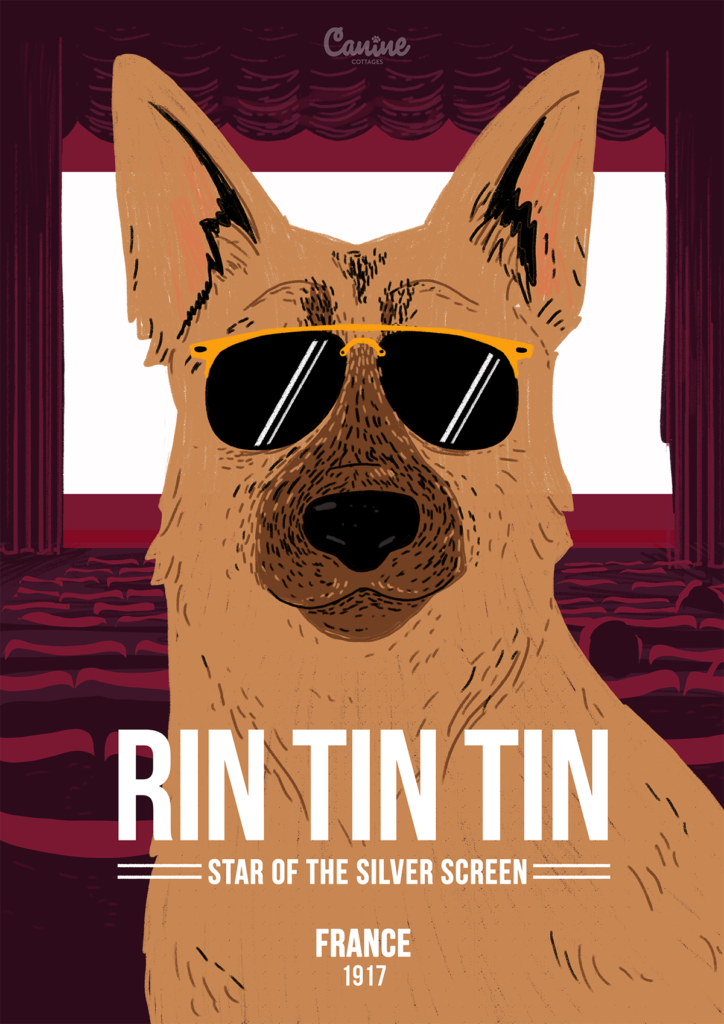 The Audie Murphy of the canine realm, Rin Tin Tin was rescued from the killing fields of World War I to become an actor of such enormous celebrity that his eventual death would be reported across the nation as part of an emergency news bulletin. 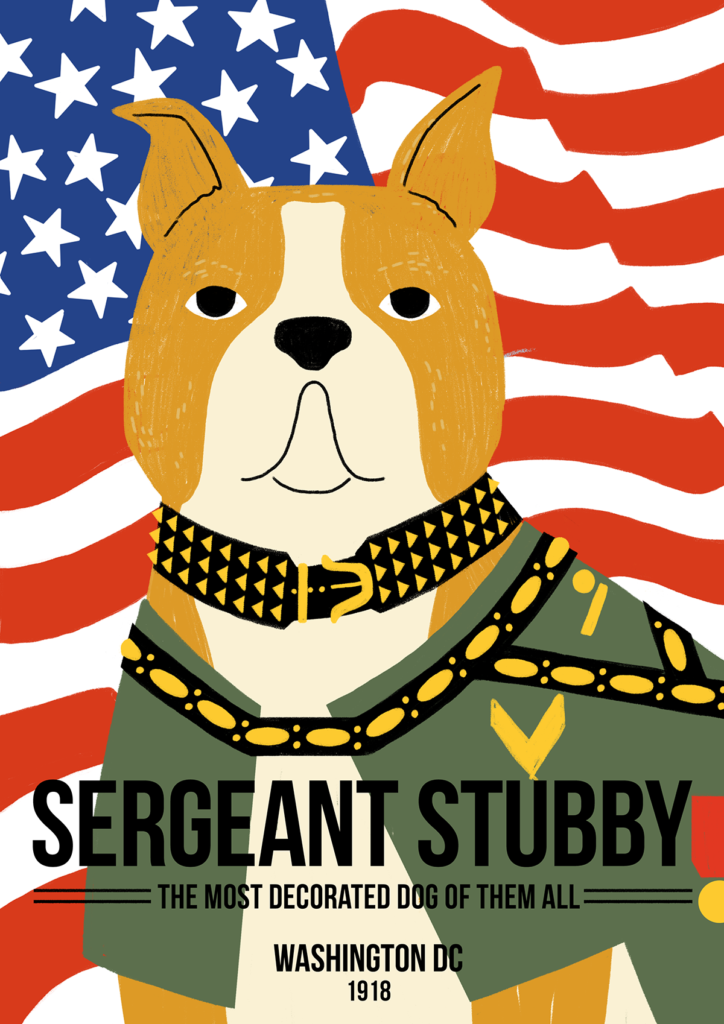 While Rin Tin Tin was on his way to stardom, a short brindle bull terrier mutt named Sergeant Stubby stuck it out in the forces and was honored by becoming the first dog to be promoted to his rank through combat. 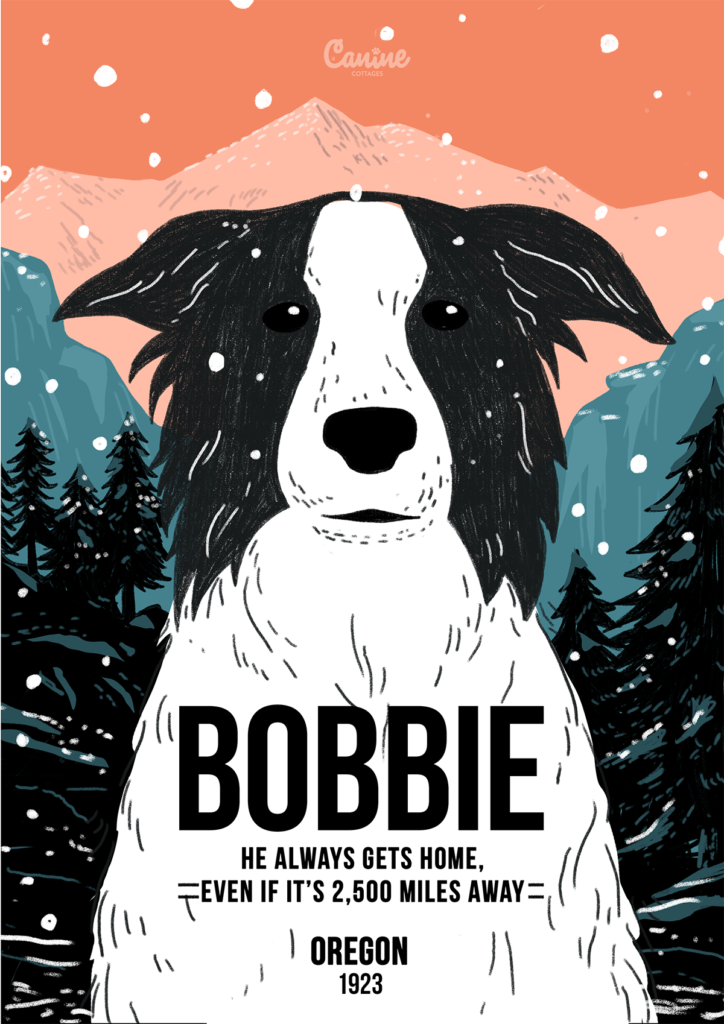 The 1920s were a big decade for canine pioneers. While Rin Tin Tin and Sergeant Stubby were finding success in their respective fields, Bobbie the two-year-old scotch-collie mix was busy setting the record for the distance covered by a dog finding his way home alone – a stunning 2800 mile, six-month journey! 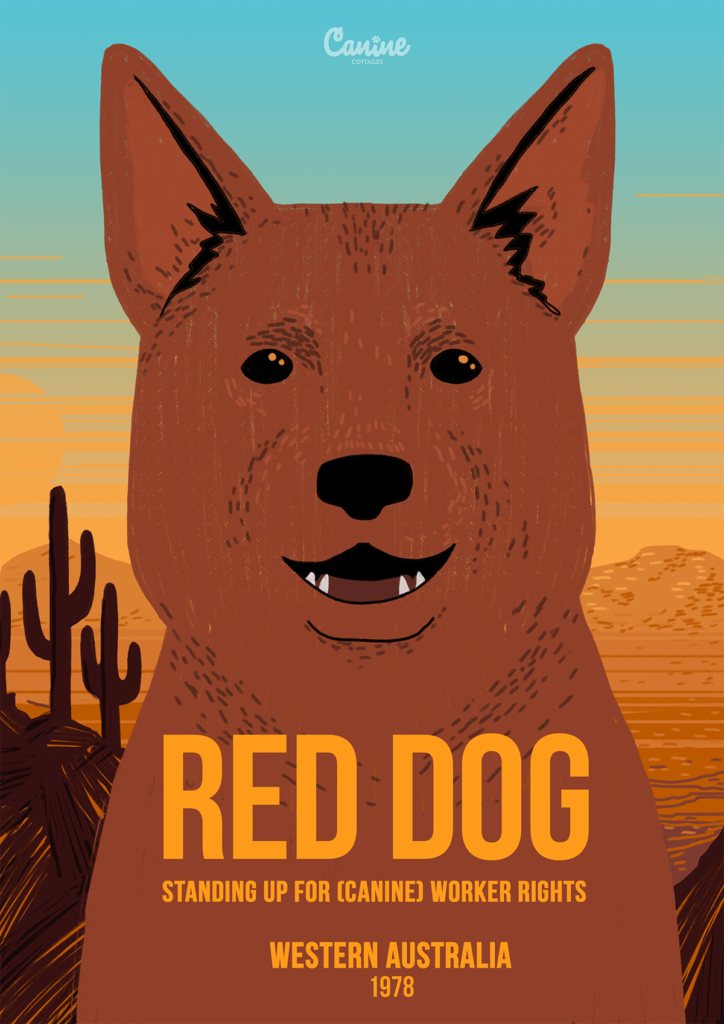 Red Dog was just about as red as dogs come. But in the decade he spent wandering around western Australia bonding with strangers and becoming a local celebrity, he naturally adopted a number of other human-given pseudonyms including Bluey, Tally Ho, Pilbara Wanderer, and Dog of the Northwest.

What will your beloved pets most be remembered for?