Dogsitting Quit Failure: How I Failed at Quitting Dog Sitting


How I Failed at Quitting Dog Sitting
By Wendy Newell 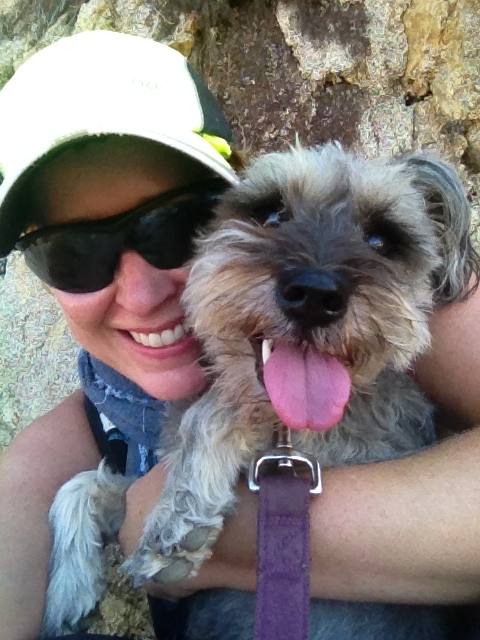 After three plus years of being a professional dog sitter, my goal for 2017 was to be a one dog household again. Just Riggins, my adorable 12-year-old pup, and me in our sweet little apartment together. I failed – miserably.

I suppose I should explain why I went into dog sitting in the first place. It was a dark time in my life. My job as VP of Sales required me to constantly be away from home and the time difference with clients and the home office had me working nearly 24/7. The money I was making wasn’t helping with the depression I was feeling, so I did something I’ve never done before – I quit without a new job waiting for me.

Not wanting to go back into sales my career options were limited and Riggins and I needed to eat! To help make ends meet a friend suggested dog sitting. It seemed like a great idea. Dogs are fuzzy balls of happiness. What better way to shake off the blues and make money than to surround yourself with them?

It started slow. One or two dogs now and then and grew into a full-fledged business. My calendar was packed with dog’s names and my phone contacts read “Cooper’s Mom,” “Dragon’s Dad,” “Clover’s Mom” etc. I would have up to 9 dogs chillin’ with me as I watched TV, cuddling in bed, and protecting me from the big bad mailman. It was fantastic!

Honestly, I have never been happier with a job. So, why did I want to quit? For one it was exhausting. The best way to keep a pack of dogs happy and out of trouble is to poop them out. We went on an adventure every day, which was usually a hike on our local trails. This too, started out small and grew as the dogs and my endurance would take us on tougher and longer routes. If I had some extra energetic pups I would often take them on a separate, even longer hike. In the afternoon everyone with four legs would plop down at my feet snoozing away while I worked a part-time job for extra money. No extra zzzzzs for me!

Money. That’s another reason. As fulfilling as my job was it didn’t make me enough cold hard cash to live in pricey Los Angeles. The dirt. OMG, SO MUCH DIRT. It was almost impressive how dirty my house, car, and person would get. When I left my sales job I also had to give up on the wonderful woman who came to clean my house. Without her, it was all up to me and honestly, when you are crazy tired it seems logical to just plop down on dirty sheets. After all the mutts curled around you are just going to leave more fur and grim. Cleaning seemed like a losing battle and I got to the point where I was fine letting it win.

Mental exhaustion. Riggins is my sun and moon, my everything. I knew the pups I took care of were the same to their human family. The main part of my job was to keep them safe. The straw that broke the camel’s back, as they say, was when a teeny tiny chihuahua I was watching ran away. For four days and 12 hours I rarely slept, spending my time roaming the neighborhood day and night searching for little Nikki. I was heartbroken. I kept her mom updated on any progress and each call left me spent, sad, and weeping. With the help of my wonderful friends and neighbors, Nikki was found at almost the same time her mom’s plane touched down. Despite her adventure, the little runner only suffered from mild dehydration.

That was it. I couldn’t do it anymore. I decided to take Riggins and move into a smaller, more affordable, apartment and take on more hours with one of my other jobs. I wrote a letter to my loyal customers and sent it off.

It didn’t take long before I started getting the “but you will still take Romeo right?” messages. I had to explain that it just wasn’t possible but of course I LOVED ALL THE PUPS SO MUCH! I missed them. Riggins missed them. With my landlady/friend/dog lover’s permission, I started taking on a guest dog now and then. I must be much more selective now. I can only take one, maybe two, at a time. They should be well mannered and get along with the house pups which include Riggins and 3 chihuahuas.

I was known in the dog sitting world to be good with super energetic, rowdy and hard to handle dogs. My long hikes were my secret weapon, but now with a full-time desk job that is out of the question. That means I had to send many of the pups I love on to other sitters but luckily, for me, there is still a handful that doesn’t mind lounging with Riggins while I work and are satisfied with a stroll around the neighborhood in the evening for exercise.

Dog sitting is hard. It’s physically and mentally exhausting. I have scars on my legs and hands that will never fully fade. It seems illogical to have any dogs join Riggins and me in our home.
Then I think about when Boone, a cuddly Lab, lays on my feet as I sip wine in the backyard, or Cooper, a beautiful Golden, lays his head on my stomach while we sleep or Sadie, an adorable mix, stares at me lovingly from her perch on the top of the sofa, and it melts my heart.