Pronounced (TEE-touch), The Tellington TTouch Method is a training system that uses bodywork and non-habitual movement to influence behavior and health. We were recently invited to attend a TTouch class with Jodi Frediani, a practitioner (and wildlife photographer) out of Santa Cruz, Ca., which inspired us to share the experience with you here on the blog. Jodi taught us that TTouch isn’t just about showing your dog how to relax — this is a holistic approach to increasing your pet’s lifespan, overall well-being, health and yes — relaxation, too. The techniques used are surprisingly simple and are easily done from the comfort of your own home.

Print out this nifty infographic on TTouch earwork we designed for you (or better yet, bookmark it) so you can use it as a reference when trying this at home: 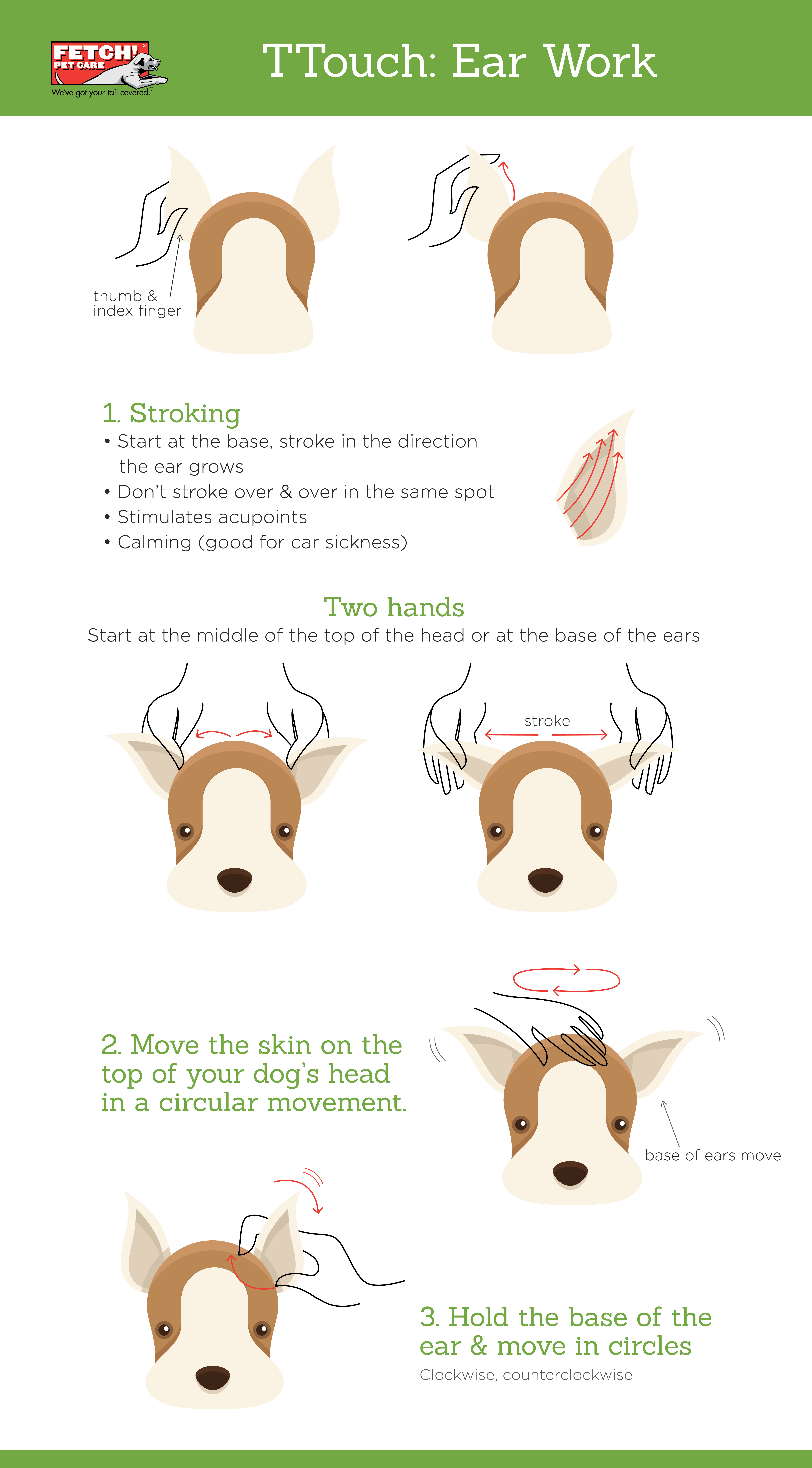 The TTouch Method was developed by internationally-recognized animal expert Linda Tellington-Jones. Linda began her TTouch journey with a background in horse training and massage. She later studied with Dr. Moshe Feldenkrais who believed that with non-habitual movement, you might be able to activate unused neural pathways to the brain and expand your potential to learn.

Tellington-Jones began to experiment with touch on horses, where, her experimentation lead to the creation of The Tellington Touch Equine Awareness Method (TTEAM). This was essentially a training system for horses that included a circular touching technique, ground work, and riding exercises. With the application of TTEAM on her horses, Tellington-Jones immediately began to notice that her horses were more relaxed and demonstrated more grounded responses. She continued developing TTEAM through the 1980’s where she eventually segued into working with other animals and dogs. This is the origin of TTouch.

In a nutshell, TTouch is to: “stimulate the function and vitality of the cells in an animal’s body, and to activate unused neural pathways to the brain.”

Some of the benefits of TTouch include:

During our session with Jodi Frediani we were taught that TTouch is based on a mindful approach to working with animals. You want to be attentive to your dog’s body language and how they respond to your touch. It helps if you imagine yourself as your dog and what he / she may be experiencing so that your dog is thoroughly benefiting from the experience. You dog will let you know with their body language — pay close attention. 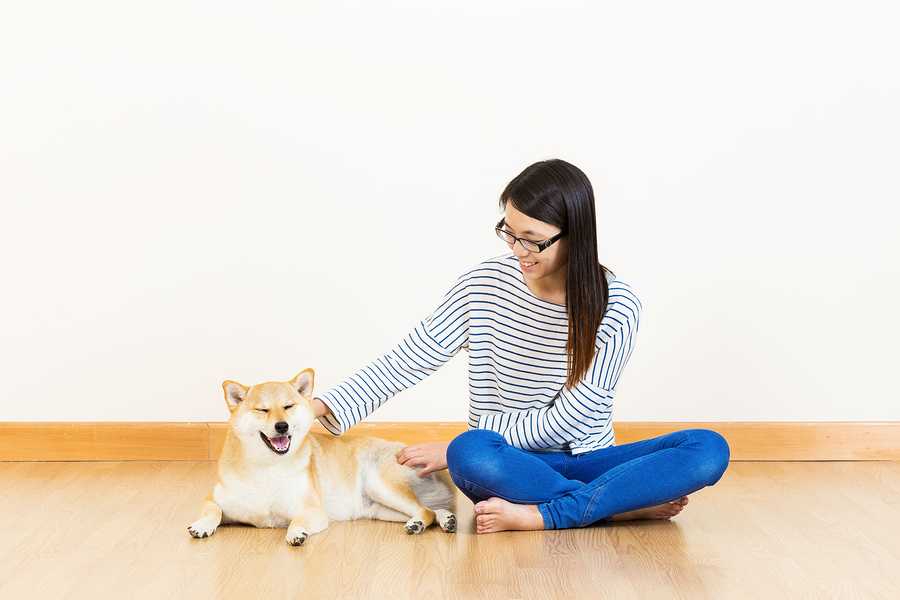 With over a dozen movements, TTouch is fairly simple to learn. For long-term benefit you’ll want to practice TTouch regularly. There are tons of videos and other resources online if you’d like to take your TTouch practice to the next level. You may also want to check out this practitioner directory from the TTouch website, which will help you find a practitioner near you.

In looking at our infographic, you’ll see that TTouch’s signature motion is a circular motion for the most part. Some of the bodywork in TTouch requires only the use of your fingertips while others require the flat of the fingers and palm. There are also whole hand movements involved in TTouch. Circular movements are done clockwise, with all movements being light to the touch — not necessarily a deep massage but something a bit more gentle. 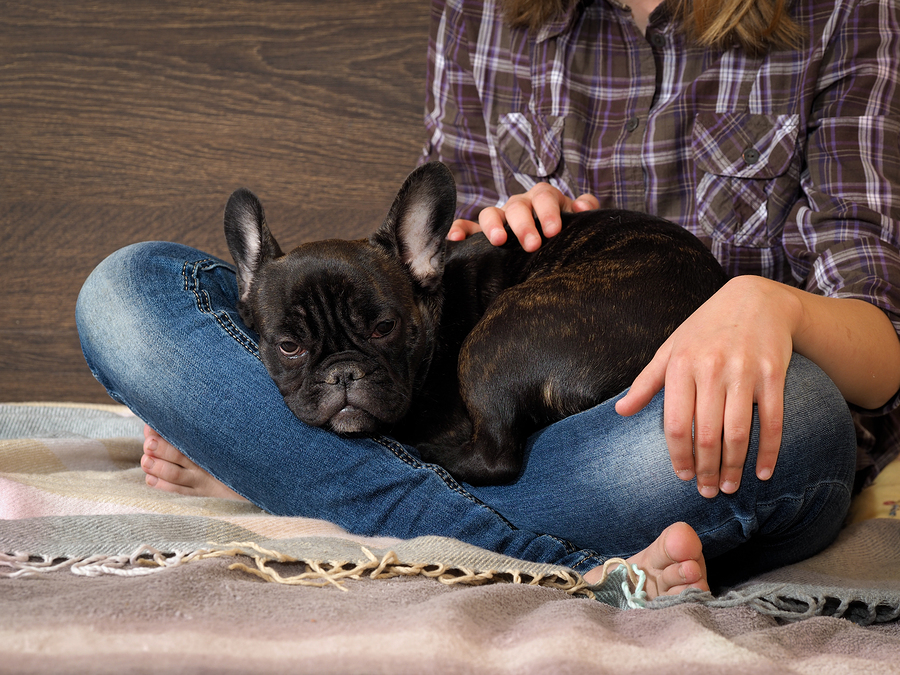 To put this into perspective, we’ve outlined for you three examples of TTouch technique being put into practice:

“The Clouded Leopard”: Here your fingers are slightly curved and you use the pads of your fingers to create the circles. This technique is known to alleviate anxiety.

Ear slides – Using TTouch on the ears is an important technique and can help calm a stressed or hyperactive dog. The ear slide is done by stroking the ears horizontally from base to tip, or by making small circles starting at the base and working toward the tip.

Consider this a crash course or a 101. We at Fetch! Pet Care have been noticing our dogs react wonderfully to this method and hope that yours do as well. If you’ve been practicing this method for some time now, or have tried TTouch at home after reading this article, we’d love to hear from you. Write us at social@fetchpetcare.com or Tweet us @FetchPetCare.

Editor’s Note: At Fetch! Pet Care, we’re interested in hosting a lively discussion, and encourage readers who believe they have a knack for a column to submit a pitch. We also encourage you to send in letter to the editor: social@fetchpetcare.com