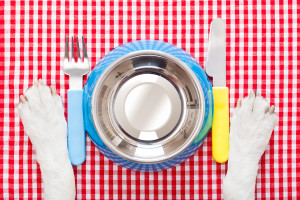 Due to concerns about Salmonella contamination, 640 pounds of Chicken, Fish & Produce Raw Frozen Canine Formulation have been recalled by California-based dog food producer, OC Raw Dog. This recall affects pet owners in Colorado, where that state’s Department of Food and Agriculture discovered the contamination in a sample collected from a local retailer. Customers in Pennsylvania and Vermont are also included in the recall, as well as those who may have purchased the food from independent retailers.

Originally discovered in a 3 pound bag of Chicken, Fish & Produce Raw Frozen Canine Formulations Meaty Rox, 3 pound bags of Meaty Rox are being recalled along with 4 pound bags of Doggie Sliders and 6.5 pound bags of Doggie Dozen Patties. The use-by dates for all of these products is 5/5/2016 and the lot number is 1819. Customers in possession of this recalled product are advised to submit a picture of the package and its lot number to Olivia@ocrawdog.com before either disposing of the product or returning it to the retailer where it was purchased for a replacement. Further questions should be directed to the company by phone at 844-215-DOGS between 9a and 4p Pacific Time.

A bacteria that can live inside the intestinal tract of humans and animals, Salmonella can make both very ill. According to the Centers for Disease Control and Prevention, more than 1 million infections are reported each year, with as many of 450 deaths occurring from infection.

Salmonella Symptoms in Dogs and Humans

Dogs infected with Salmonella may experience symptoms including a loss of appetite, lethargy, fever, vomiting and abdominal pain. An infected animal can simply be a carrier of the infection and, as such, may not show any symptoms at all and may otherwise appear to be healthy. The public is advised that Salmonella is contagious and can infect other pets, as well as humans who come in contact with an infected pet, its food and its bedding.

Symptoms of Salmonella infection in humans include fever, abdominal pain and diarrhea. Infected individuals may experience these anytime from 12 to 72 hours after initial infection. In healthy individuals, treatment is not generally needed as the infection will go away on its own after a few days, but may take up to a full week. For some, diarrhea may become so severe that prompt medical attention is warranted. It is in these cases that Salmonella may become life-threatening due to its likelihood of infecting the bloodstream and spreading elsewhere in the body. Children under 5 years old, individuals with weakened immune systems and the elderly are particularly susceptible to infection.

This information is being shared with you courtesy of Fetch! Pet Care (www.FetchPetCare.com) in the hopes of preventing the spread of Salmonella. We hope that all of your dogs are safe and infection-free. Please take a moment to share this post with other dog owners in your personal network and feel free to add any useful information that we may have missed in the comments section below.