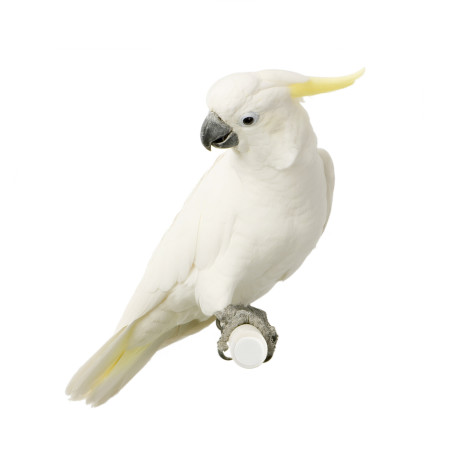 Parrot games are just so entertaining!

If parrot games were an actual event, this cockatoo bird would win a gold medal! Who knew that birds were this talented both in sport and in dance moves? Watch and be amazed as this soccer-playing cockatoo shows you what she’s working with.

Not at all what you expected and super cool, right?

Can we just start with her dance moves? From the video’s opening, it’s clear that this bird is at one with the rhythm and isn’t afraid to show off a little as she bops her head from side to side. Part warm-up exercise and part showmanship, from the very beginning we know we’re in for a treat!

Still warming up, she effortlessly lobs the bird-sized soccer ball into the goal like an experienced pro! One has to wonder where she got her skills from and who her cockatoo bird role models are. Admittedly, we haven’t watched very many parrot games, but we’ll be paying close attention from now on just to see if this chick has any real competitors out there!

As the imaginary parrot games press forward, she is obviously aware that no other cockatoo can compare to her skill. Watch as she puts the ball into the goal at :12 and then looks at all of us like, “What? You didn’t know I could do that, huh?”. Amazing!

We love how this unexpected athlete hops around for joy as she’s clearly loving the energy of the parrot games. With music blaring and a human cheering by her side, it’s clear that if she had arms she’d be waving them high. Just look at how she uses her two wings while dancing…and playing…to the beat!

Kudos to whomever picked her theme music, too. The energetic rhythms coupled with one very cool cockatoo bird who makes a goal with EVERY shot is almost too much to handle! As the song repeats, “You’re number one, forever” it’s hard to not sing along…especially since it’s unlikely that any bird will ever do as well in the parrot games as this beautiful creature!

Who Else Can Compete In the Parrot Games?

We’re totally fascinated by parrot games now and would love to see more. Do you know of any other cockatoo bird contenders? What about any other type of bird? Send us your favorite videos of birds doing cool things and we just may feature them in an upcoming Video Of the Week!