The Microchip that Found Lola 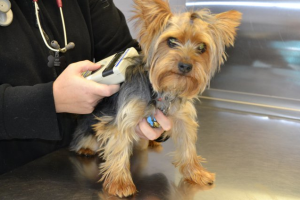 This heartwarming reunion between Lola and her family brought tears to my eyes. Lola was taken to a vet after an animal rescue got her from a free Craigslist post. It was then that the advocate contacted Lola’s family who had been missing her for 7 years. As of now, the Boston Terrier has been reunited and is back living again with her family in Florida.

With that study in hand, I am so glad that my dogs have microchips. They were microchipped when I adopted them. I always thought it was a great idea to have my dogs chipped in case they lose their collar and tags. I was surprised to find out that there are three different brands of microchips, so just having my dogs microchipped is not enough. Each brand of microchip has its own radio signal and the only way that all the chips can be read is if the veterinary office or the shelter has a universal scanner that can read all three signals. Even though most have the universal scanners, not all do.

Then I got started to worry that even if the microchip was read, would my contact information be up-to-date? I’m off right now to make a phone call right now and find the answer to that question.

Is your pet’s microchip information up to date? Let us know in the comments below…