XYLITOL and DOGS: Protect Your Pooch From Poisonous Foods 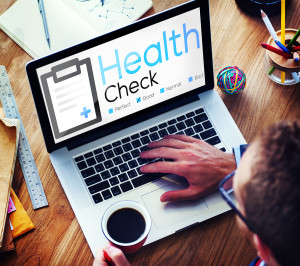 WARNING: Xylitol can be lethal to dogs!

Have you heard the news about xylitol and dogs? If so, we hope that you have done everything in your power to keep the two separate from one another. But if this is your first time hearing about xylitol and dogs, we urge you to keep reading. Being that xylitol is more toxic to your pet than milk chocolate, this post can literally save your precious companion’s life.

It’s been more than a decade since the Food and Drug Administration alerted animal lovers to the dangers inherent in xylitol, a sweetener made from plant-based sugar alcohol. Recently, however, incidents of accidental dog poisonings from xylitol have begun to surge. In many cases, the animals have received treatment in time to survive but, sadly, many others have not.

Xylitol is commonly found in sugar-free desserts, candies, chewing gums, toothpaste, vitamins, specialty peanut butters and a variety of other foods, as well as over-the-counter medications. While it is safe for human consumption, it can cause brain damage and severe illness in dogs. For dogs who do not receive immediate treatment, xylitol poisoning can even result in death. As it is not an ingredient found in approved pet foods or treats, you may be wondering why we offer such strong warnings about xylitol and dogs to begin with, right?

Well, the answer to that is pretty simple. Dogs don’t always stick to what’s in their bowls. In fact, they are famous for sniffing out other human foods and treats and, unfortunately, many of those do contain this sweetener that is dangerous to dogs. For example, the Wall Street Journal featured the story of a dog who ate about 20 pieces of Ice Breakers gum that he managed to snag off of a countertop at home. Within hours, that poor animal was dying of liver failure. In that same article, the Pet Poison Helpline’s senior veterinary toxicologist, Dr. Brutlag, shared that known or suspected xylitol poisonings have increased dramatically since 2009.

Once informed about xylitol and dogs, many are left wondering if the sweetener is truly safe for human beings. Some have even lobbied for stricter warning labels on human foods containing xylitol so that pet owners who are less informed about its dangers can be told that they are not to feed their pet even the tiniest nibble of foods containing this additive. The FDA has not gone so far as to heed this request and officials do stand behind the science that says it is totally safe for human consumption.

It may help some of you reading this to understand just how xylitol affects a dog’s body in the first place. According to the ASPCA’s list of foods to avoid feeding your pets, we learn that xylitol triggers a sudden release of insulin. Such an insulin release leads to hypoglycemia and can also result in liver failure. 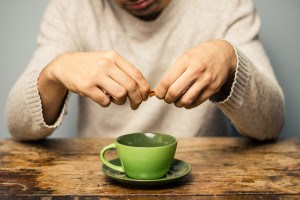 Symptoms of Xylitol Poisoning in Dogs

Even if you don’t find food wrappers or other immediate evidence that your dog has indulged in a product containing xylitol, the symptoms of its poisoning are quite obvious, such as:

Dogs who are hypoglycemic will typically experience a dramatic change in appetite (which will appear to have either markedly increased or decreased). Some will also experience symptoms such as anxiety and heart palpitations.

Additional symptoms, which may indicate liver failure in dogs include:

Dog owners who suspect that a dog has been poisoned by xylitol should immediately contact the ASPCA’s 24/7 Animal Poison Control Center at (888) 426-4435 and head straight to an emergency care facility for pets.

What About Other Pets?

Good question! We wish that we could say that the conversation about xylitol and dogs means that other animals are safe, but we can’t. The FDA also warns that xylitol is just as dangerous to ferrets. To date, there is not enough data or research on poisoning in other species for a stern warning to be sent to cat owners and animal lovers, in general. But there are concerns that the sweetener may pose a problem to them, as well. 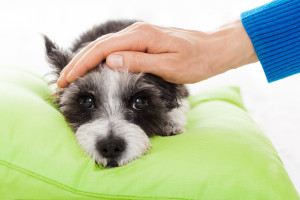 Now that you are aware about xylitol and dogs, it is a good idea to read the labels of not just what is in your cabinets, but in every edible item that may find its way into your household in pockets, backpacks, purses, etc. Ingredients are generally listed in order from those with the highest concentrations to the least. With this in mind, you may want to be cautious about any edible products where xylitol is among the first ingredients listed.

Don’t keep this information about xylitol and dogs to yourselves, folks. Forward this post to every pet owner that you know and ask them to do the same. Remember to also advise your pet sitters and dog walkers to keep items containing this sweetener far away from your dog. With awareness comes safety!

Do you have anything to add about xylitol and dogs or other pets? Has your dog ever ingested a product containing xylitol? We want to hear your thoughts and experiences, so please drop them in the comments section before you go.